Digital artist Débora Silva has created a series of 3D scans of people who took part in the Black Lives Matter protest in London’s Hyde Park on Wednesday, following the death of George Floyd in police custody.

Each of the scans shows a digital version of an individual protestor who took part in the march to support racial equality in Hyde Park in London.”, Dezeen Magazine

"I wanted to bring the real protestors into the digital space in a series of images that haven't been seen in protest photography. I believe that the portrait of the individual is significant when it represents the collective," she explained. "My series of portraits focus on the individual but aims to portray us all – diverse and united for a cause." 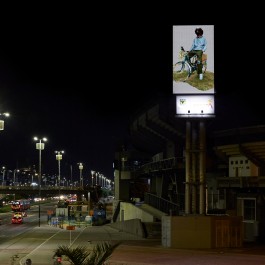 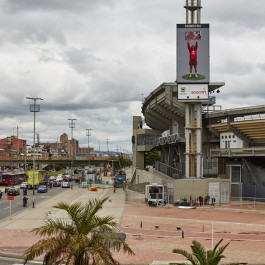 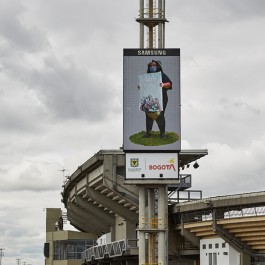 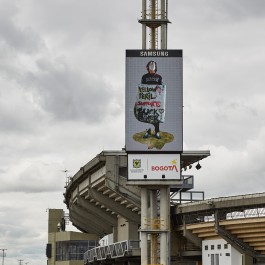 Narratives collide and explode with each other in the idealized, infinite, dematerialized space of the internet. Violence persists, only in the form of hacking, software with free access to the body, ultraviruses that establish increasingly conventional and standardized patterns and ways of life. Thus, the body performs the algorithm, behaving and submitting to the new standards or "the new normal", of decadent capitalism that survives through global technological monsters.

9:16 is an accumulation and a reflection of authoritarian and technocratic discourses, of neocolonialisms and neo-violence that inhabit the internet and permeate the bodies in front of the screen. This intervention in the public space, which projects the work of 10 artists, on the vertical screen of the El Campín stadium reflects our hierarchical structures. This capricious accumulation asks about the internal processions, the individual cybernetic wars, the increasingly disintegrating segmentations of the algorithm, the (false) news of the day and, above all, what is outside these categories.

Nmenos1 is a curatorial project and web platform created by Lina Useche and Juan Covelli, which arises from the need to create a space for media archaeology from the so-called global south.

The platform explores, promotes and presents artistic practices based on digital and post-digital media. Through curatorship, media archaeology and critical text, Nmenos1 seeks to generate a space for reflection on digital culture and its interference in contemporary art, as well as recovering the ways in which we have thought about the web in the region from the 90s to the present.